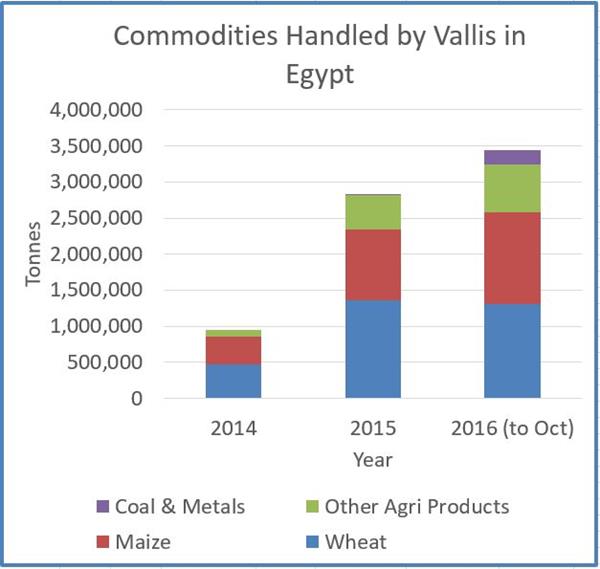 Vallis has now been operational in Egypt for 2 and a half years. During this time, we have had operations at 60 different warehouses, silo facilities and storage tank facilities in 12 locations including all major ports. Our clients in Egypt include major international banks and trade houses, as well as some of Egypt’s largest grain importers.

Since the start of operations in the country, we have handled 7.2 million tonnes of commodities under collateral management and stock monitoring operations, worth in excess of $1.9 billion. 75% of stock managed has been wheat and maize, with other agri-products (including edible oils, sugar and soya beans) making up 20%, and coal and metals the remaining 5%.

Vallis operations in Egypt are currently managed by Jack Aylward (Country Manager), who leads a team of over 100 permanent employees in the country. Jack is one of our most experienced managers, having previously worked as a Commercial Manager at our head office.

Recent developments in the country include our first sugar and coal operations as well as being reaccredited as a Superintendent and Surveyor Member of GAFTA (Grain and Feed Trade Association) for 2016/17.

We are always looking to expand our operations in Egypt, so if you have any queries please get in touch.